When I imagine my grandfather, Papaw, I picture a heavyset man climbing down from his Kenworth after hauling a load to Florida. He is humming an Elvis tune as he walks in through the door, embraces my grandmother (and her latest hair color), and asks, “What’s for dinner, Bobbie?”

I imagine these details when I think of him, but I remember virtually nothing about my grandfather. That has always bothered me.

“Don’t you remember the time he bought you a tricycle?” my grandmother asks. “It was a nice red one with a horn.  He knew you were going to be tickled, but you looked at that bike, put your hands on your hips and told him it was not the one you wanted.”

“I didn’t!” I said, horrified by this tale of my younger self. “What did he say?”

“He threw his head back and laughed! He said, ‘I’ll be damned!’ And laughed. And laughed. He took that bike back and got you the one you wanted. Don’t you remember?”

I wanted to say I did. I wanted to remember the sound of his voice, his laugh, something about him. But the story didn’t conjure up a real memory, only a stinging guilt for being a brat about a special present.

My papaw was a larger than life character with a fiery personality. He could cuss you up one side, down the other, and hug you five minutes later. He never had a formal education, but he was street smart, creative, and industrious. He liked haggling, driving his rig, telling a good story, and surprising his family with impromptu trips.

“It was nothing,” my grandmother continues, “for him to come home from a haul and tell me to get some suitcases packed. I would tell him okay and ask him when we were leaving.”

“We’re leaving at six in the morning,” he’d say. “We’re going to California!”

“And I would stay up all night, washing and ironing clothes, and packing sandwiches in a cooler.”

“It didn’t bother you to have to leave so suddenly?” I asked her.

“Not at all. That was life with Howard. Constant adventure.”

It seemed that extraordinary situations found him, much more frequently than the average person. These situations weren’t usually of his choosing, but he wasn’t the type to walk away from conflict.

Papaw narrowly escaped a fist fight once when a man’s car engine caught fire. His instinct was to grab a Coke from an onlooker’s hand to douse the flames. The sodaless man was ready to swing, but Papaw quickly put him in his place.

And another time, on a trip to New York with his family, Papaw tried to talk a man down from the top of the Empire State Building. It was 1964, before the highest level had been fully enclosed.

“Take it easy, buddy,” Papaw said soothingly. “You don’t want to do this.”

The distraught man faced my grandfather and let go of the railing, just as security reached for him. The man flipped backwards, a terminal sequence of spins that ended his life and my family’s vacation.

I’ve heard these stories about my grandfather since childhood. Papaw died tragically when I was four, and tales of his life have been a big part of mine even though he couldn’t be.

Perhaps my genes have given me what memories cannot. I have a fiery temper, a potty mouth, and a tendency toward impulsivity. They may not be the most desirable personality traits, but I like that they keep me connected to him. 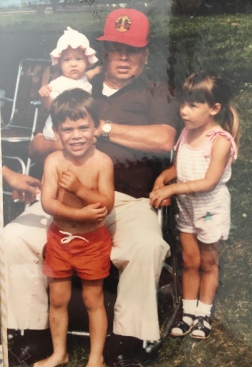 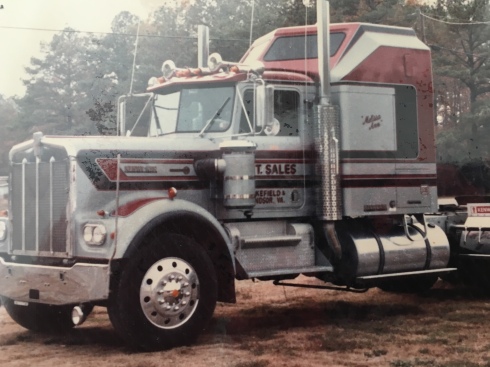